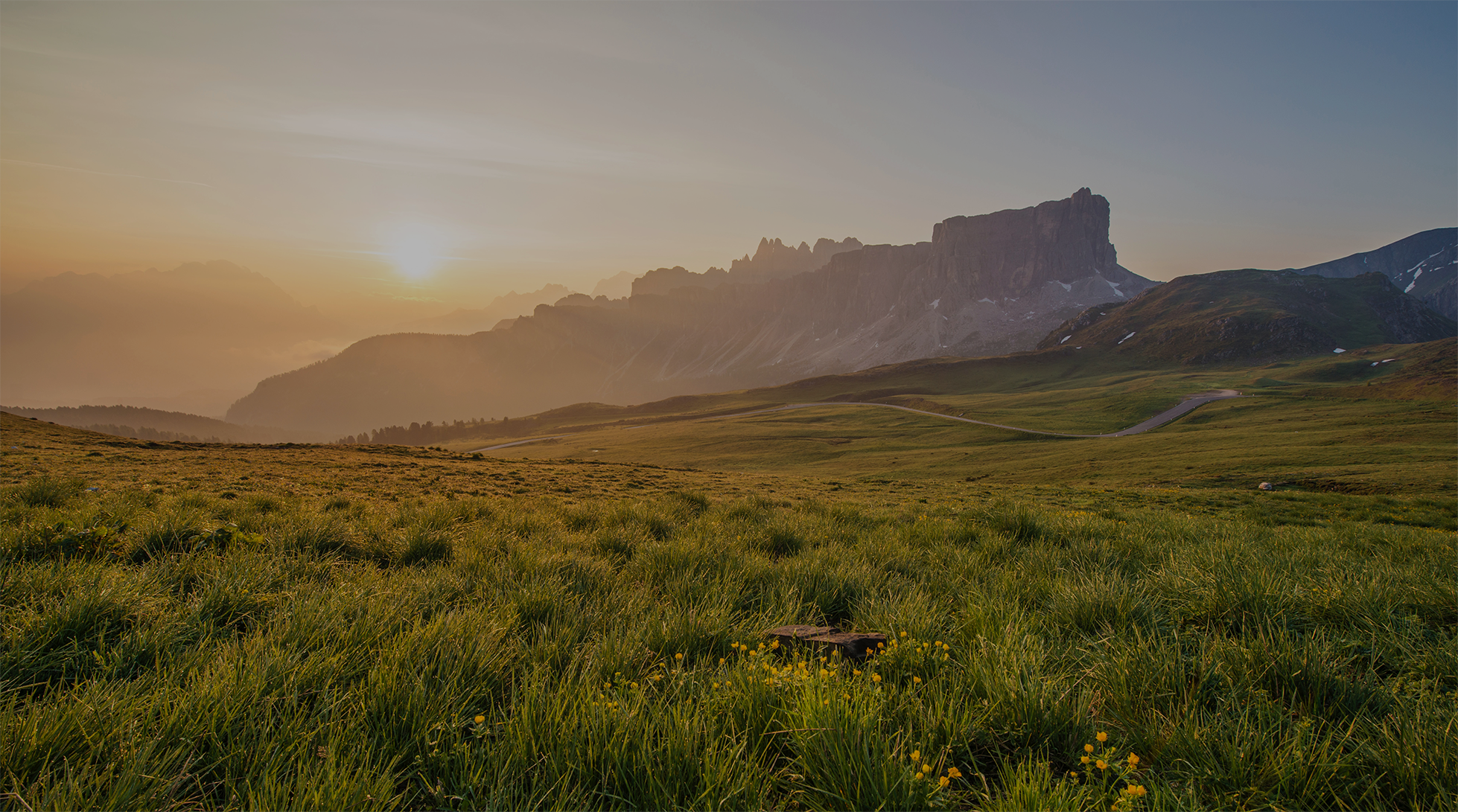 Watch "The Yearning of the Heart of God" - Rev. Dr. Tommy Tyson

When United Methodist Evangelist, Rev. Tommy Tyson, died on December 5, 2002, his absence left a void that can never be filled by another human. Dr. Mark Rutland (www.globalservants.org) stated at the time of his death, "There is a huge chasm in the earth!" Tommy was heard and loved all across the world. United Methodist Bishop William Cannon said it this way: “Tommy was better known in Rome than in Raleigh.” He was a pioneer in relating Church Renewal to the person and work of the Holy Spirit. He helped The Church rediscover and develop its prayer life and ministry of spiritual healing. He led spiritual healing conferences with medical doctors, Roman Catholic clergy, and many different Protestant groups.

Tommy had a unique ability to take the deep things of God and make them understandable and practical. With a brilliant mind, a quick wit and a hearty belly laugh (he laughed with his entire body), he was anointed by God and filled with the Holy Spirit to share the love and joy of Jesus. He was often mistaken by cab drivers in New York City as being Jonathan Winters.

Tommy Tyson was born on a farm in Pitt County near Farmville, N. C. on July 23, 1922. He was one of ten children of Rev. Marvin Earl “Jack” Tyson and Stella Irene Hart Tyson. His siblings, Thelma, Velma and Eugene, died as young children. His other brothers, Marvin Dewey, George Hart, Earl Summeral, Vernon Cephas, and Bobby Powell also answered the call to be United Methodist ministers. His other sister was Edith Merle Tyson Hackney.

Following graduation from high school in 1940, Tommy spent three semesters at Campbell University in Buies Creek, NC. Because of an inner restlessness related to our approaching involvement in World War II, Tommy dropped out of college and went to Norfolk, Virginia and took a job as a worker in the shipyard there. In October of 1942, he enlisted in the U. S. Coast Guard. Following his discharge in 1945, he returned to North Carolina to marry Zella Frances Brewer, his sweetheart from the sixth grade, who was teaching school in Greene County. They made their home in Snow Hill where Tommy worked in the grocery business with his Uncle Elias Hart. Tommy left the business world to attend Guilford College with the idea of going into rural sociology and becoming a missionary.

Although he majored in philosophy and English literature, he was greatly influenced by the Quaker devotional classics, especially with the concept of prayer as inner listening. Through the development of listening prayer as a daily discipline, the idea began to form in Tommy’s mind and heart that God had purposed the preaching ministry for him, rather than social work. Tommy subsequently earned his B.A. (1951) and M.Div. (1953) degrees from Duke University and Duke Divinity School. He served as pastor of several United Methodist churches. In 1954, Tommy and Frances made Goldsboro, NC their home when he entered a fulltime ministry of evangelism.

In the 1940’s, he met Joel Rufus Moseley (1870-1954). In fact, it was Jack Tyson, Tommy's father, who first introduced Tommy to Rufus in Seven Springs, NC when Tommy was in the Coast Guard. Tommy was deeply impressed with Brother Rufus' intellect and his joyful, childlike abandonment to the Lord. Brother Rufus introduced Tommy to the international prayer movement, Camps Farthest Out. Tommy, in the early 1950's, was quickly best friends with CFO Founder, Glenn Clark, and other early CFO leaders like Agnes Sanford, Starr Daily and Frank Laubach. Glenn Clark pronounced him as a Rising Star. Because of his devout prayer life and his own spiritual experience, Tommy began to be known in churches, CFOs and other prayer movements around the world as a popular evangelist and teacher on prayer and being baptized in – and having a personal relationship – with the Holy Spirit. His emphases were “The Wedding of the Natural and Supernatural”, "The Incarnation", “The Marriage of Prayer and Medicine” and "Living in Union With Jesus."

While leading a retreat on spiritual healing in California in 1963, Tommy was introduced to Oral Roberts. A mutual, lasting friendship developed out of this meeting. During the next two years, Oral Roberts invited Tommy to join him in various areas of the United States as well as many other countries to share in the evangelistic ministry. It was at this time that Rev. Roberts began to share his dream for Oral Roberts University in Tulsa, Oklahoma. Subsequently, Tommy was invited to become a part of the University as ORU's first Director of the Department of Spiritual Life. United Methodist Bishop Paul Garber of NC appointed Tommy to this position in which he served for three years (1965-1968) and where he received his honorary Doctor of Divinity degree. In the summer of 1968, Tommy and his family came back to North Carolina and reentered a full-time ministry of evangelism through the North Carolina Annual Conference. They moved from Goldsboro to Chapel Hill, NC in March, 1974 to establish Aqueduct Conference Center, a small-group, Christian Growth retreat center, which opened in March, 1978. Today, under the new ownership of Drew and Liza Howell, Aqueduct continues its tradition of hosting retreats for Christian leaders and laity, and leaders in education, medicine, research, business and government from around the world.

Tommy was a recipient of the distinguished Phillips Award for Evangelism. He taught and lived Healing Prayer and it should be noted that the “Soaking Prayer” originated with Tommy Tyson. He had a profound influence on co-ministers he loved so much: Oral Roberts, Kenneth Copeland, Ruth Carter Stapleton, Morton Kelsey, Father Francis and Judith MacNutt, Madeleine L'Engle, Dr. Bob and Ellen Stamps, Dr. Mark Rutland and many others

The United Methodist Bishop in Cuba wanted Tommy to come and minister, but Castro pronounced that Tommy Tyson would bring the Holy Spirit there...and he didn't want it.

Oral Roberts said of Tommy Tyson: “With the mantle of The Holy Spirit upon him and filled with the power and zeal of evangelism, Tommy has taken his stand across America and the world. Thousands of people have been blessed, won to Christ, and filled with The Holy Spirit under his inspired ministry. He is a man of standing in the Kingdom and in The Church. How I thank God for raising up individuals like Tommy.”

At Tommy's funeral, United Methodist Bishop Marion Edwards said, “It’s as if God said, 'Tommy, it’s closer to my house than it is to yours. Come on over to my house.'” And so it was at 5:55 that snowy Thursday morning, December 5, 2002. With the world around him wrapped in a white blanket, after being in a deep, peaceful sleep for twenty-four hours snug in his bed, Tommy Tyson – having gone from being a lovable child on a small farm to being a spiritual giant in the Kingdom - went to Heaven whispering, “Hallelujah to Jesus!” at 80-years-old. His funeral was conducted at Jarvis Memorial United Methodist Church in Greenville, NC on December 10, where he and his beloved Frances were married 58 years before. Burial took place at Hollywood Cemetery in Farmville, NC. He and his wife,Frances, who died earlier that same year on Father's Day, were Home together for Christmas.

This website is in honor of Rev. Tommy Tyson and is made possible by Dr. Mark Rutland and his ministry, www.globalservants.org.

May God bless you mightily as you hear Tommy and read his articles.

IN HONOR OF TOMMY TYSON

This website is in honor of Rev. Tommy Tyson and is made possible by Dr. Mark Rutland and his ministry, www.globalservants.org.